Vindolanda is one of Europes most important Roman archaeological sites. It is situated one mile south of Hadrians Wall on the Stanegate Road, the Roman road from the River Tyne to the Solway Firth.
The site itself comprises nine forts built on top of each other. Soldiers from all over the Roman Empire, including Belgium, Germany and France were garrisoned here. The visible stone fort dates to the third century and the impressive remains include the fort walls, the headquarters building, the Commanding Officers house, granaries and barracks. Extensive remains of the extramural settlement lie just west of the fort with buildings lining a main street. These include houses, shops, a tavern and a bath house.
After Hadrians Wall and the Roman occupation was abandoned by its imperial armies Vindolanda remained in use for over 400 years before finally becoming abandoned in the 9th century. 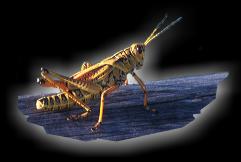